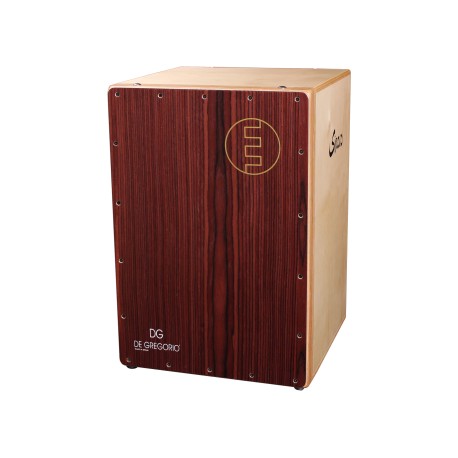 This product is no longer in stock

When dismounted in its bag, the Siroco measures 10×32,5×48 cms, only one-third of its mounted size, and can easily be placed in an airplane carry-on rack or under a seat.
Take it wherever you go and rely on a great performing cajón!

The Siroco can be disassembled and put into its included carrying bag in under a minute. When collapsed in its bag, Siroco measures 10×32,5×48 cm- (12.8x4x18.9 inches), only one-third of its full mounted size- and can easily be placed in an airplane carry-on rack or under a seat. Because  Siroco is no bigger than a laptop bag or briefcase, it goes wherever you do.

But the real magic of Siroco Plus is its tone. Made from the finest birch plywood,  Siroco comes  with a beautiful birch front-plate (a 2 mm with rosewood veneer), and it has the punchy low-end, crisp highs, and feather light snare response of all of our top-of-the-line DG cajóns. It also comes equipped with the DG quick-release snare system for easy independent adjustment of the snare wires.

Watch the videos below to see and hear the Siroco yourself, or play one at your local DG dealer. 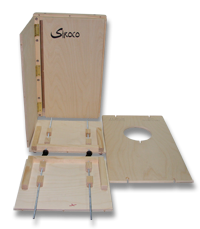 The mounting and dismounting operation takes less than a minute, and this amazing possibility does not affect the tonal qualities of the cajón, which are of the highest standard.

Its specific dismounting compact core contributes containing resonance, thus making it the perfect cajòn for touring situations, with different stages and michrophones every night. It also features removable snare systems, so it is bringing in another useful maintenance option. Provided with a padded carry bag and an extra free sound board.

Siroco, the most complete and versatile cajón on the market.